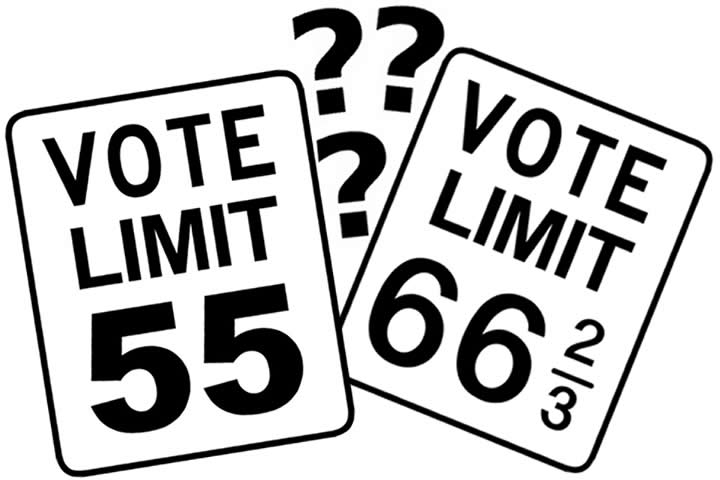 Is it time to change the two-thirds voter-approved requirement?

That would require changing one of the “third rails” of California politics: Proposition 13.  Perhaps the most practical solution would be to take a Proposition 39 approach, which reduced the threshold for school bond measures from two-thirds to 55 percent. Proposition 39 also imposed more specific conditions.  For example, the funds must be used for specific kinds of capital projects, there must be an annual audit and citizen oversight, at least two-thirds of the governing board must approve the measure for the ballot, and a cap on the overall tax rate and bond value.  See A Look A Voter Approval Requirements for Local Taxes by the Legislative Analyst’s Office.


Many of those requirements sound a lot like the typical accountability provisions built into local transportation sales tax measures.

But did the Proposition 39 change to the 55% threshold make a difference for schools?  According to Ballotpedia, prior to 2000, about 60% of all measures passed.  Post-2000, that number has climbed significantly.  From 2008 to 2016, approximately 80% of all measures have passed.  This conclusion is also supported in the work of Michael Coleman, who advises the League of California Cities among others.  See Local Super Majority Voting Rules and Results).

In short, there are now more kids in better schools.  Now it’s time to get them on better roads.

Our state’s strong reliance on local sales tax measures to fund transportation needs has divided the state into a patchwork of “haves: and “have nots.”  Only 24 counties have had success getting two-thirds of their voters to support a local sales tax.  But 34 do not.  Of course, thie does not help travel in the state as drivers, cyclists, pedestrians, shipping companines and transit riders endure the trip on under-funded roads.

In the last Legislative session, Assemblymember Jim Frazier (D-Oakley) introduced ACA 4 to reduce the voter threshold for approval of local tax measures for transportation from 66.6% to 55%.  We hope he does it again.