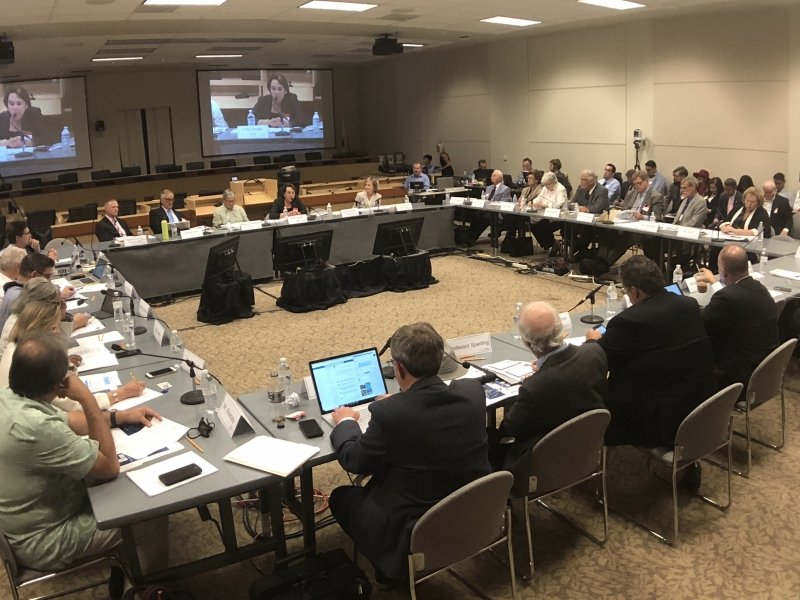 The first meeting of the California Transportation Commission and Air Resources Board played to a packed room (perhaps because the room itself was small).  It was . . .  interesting and significant, if not riveting.  Assembly Member Cervantes, who authored the bill (AB 179) that that brought the two bodies together twice a year, was first on the agenda. She emphasized the need for people to get from home to work safely and sustainably.  The rest of the agenda included basic overviews, a board-commission member discussion, and predictable public comments.

Here are our 9 takeaways about their developing relationship.

For an alternative take on this meeting, read the Streetsblog account.

You can also view the entire meeting via webcast.