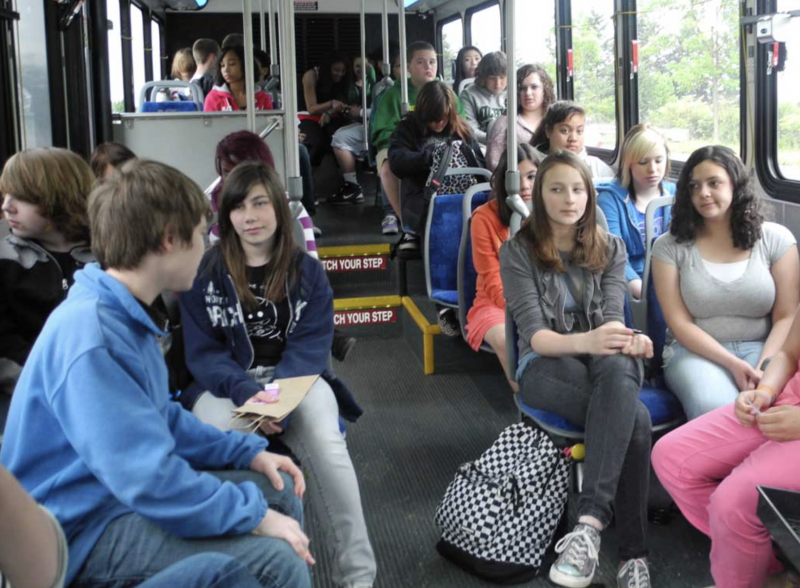 Alameda County Transportation Commission found that middle and high school students often cite the cost of transportation as a barrier to attendance and participation in after-school activities. The question the Alameda CTC posed is what type of transit pass program would be most effective?

To find out, Alameda CTC dedicated $15 million of local Measure BB funds to the Student Transit Pass Pilot (STPP) to assess student transportation needs.  The overall objective was to find the best way to meet those needs through implementation and testing of different student transit pass program models.  The goal was to:

Alameda CTC launched the pilot in 2016 at five high schools and four middle schools.  The program was designed to test different approaches over a three-year period.  Year One tested four program models: a free and universal program, a free and limited grades program, a discount and limited grades program, and a discount and means-tested program.  The pilot parameter applied in each program model reflected the school’s financial need (and transit service availability). For example, the free and universal program formats provided passes to all students while the means-based program provided free passes to all students who qualified for free lunches at school. The programs even tested the format of the pass, mixing the use of traditional passes and “flash pass” stickers affixed to Student ID cards.

Due to the success of the program, the Alameda CTC Commission approved a five-year phased expansion of the program. The 5-year expansion program will be funded using the remaining money from the original $15 million of Measure BB funding for the pilot program and State Transit Assistance County Block Grant program to help fund the estimated $41 million. This will allow Alameda CTC to expand the program to even more schools throughout their region and continue to provide students affordable and accessible ways to get to school every day!

How did Alameda CTC do it?

Alameda CTC cites that this program is a true community and agency partnership effort and that while it took a lot of work to get the program off the ground it has been completely worth it.   We also observe: