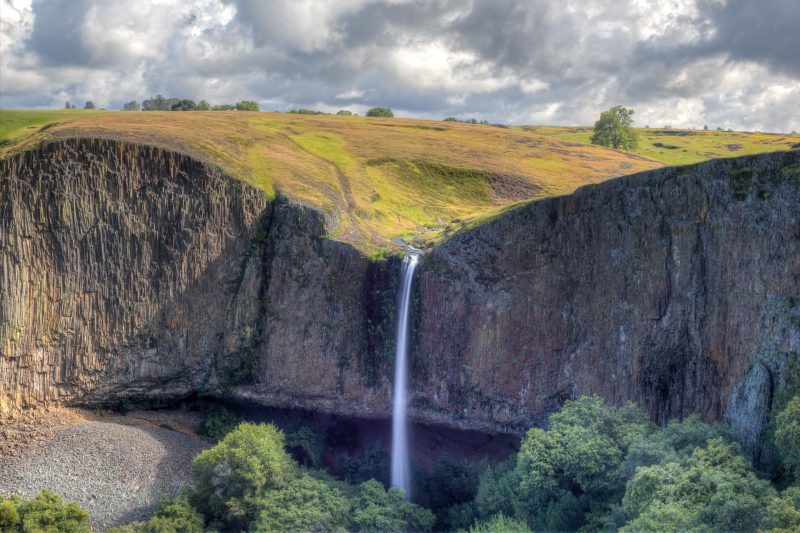 The Sierra Nevadas and Cascades converge in Butte County to create undulating landscapes with scenic vistas.  It also creates critical habitat for a wide variety of species, including about 40 that are listed as threatened or endangered.  But the region is also growing economically and increasing in population.  And most of that growth is occurring in the western valley and foothill areas of the county that are considered critical habitat for those listed species.

And so Butte County is facing a fundamental paradox that challenges nearly every region in California: how can an economy develop and protect its natural resources?

Just over ten years ago, this issue came to a head over protecting endangered and threatened species.  Nearly every project–even those within city boundaries and transportation rights-of-way–had to obtain “take” permits from federal and state wildlife agencies.  But the take permit process was costly, time-consuming, and often uncertain, and was negatively affecting economic investment decisions and hampering the ability to attract much-needed jobs.

Another challenge was that the parcel-by-parcel approach was not an effective way to create quality habitat.  Preserving landscapes in large blocks creates a biologically stable and sustainable habitat where species can flourish.

In short, the take permit process was a regional problem. As a result, way back in 2007, the Butte County Association of Governments (BCAG) entered a cooperative agreement with federal and state wildlife agencies to develop a regional conservation plan that would serve as a Habitat Conservation Plan (under federal law) and a Natural Communities Conservation Plan (under state law) that would balance growth and conservation.  It will also apply to permits required under the Clean Water Act (like Section 404 and 401 permits).  Since then, BCAG has facilitated a process with its member cities and county, Caltrans, water districts, and stakeholder groups to develop a conservation plan that would appropriately balance growth and conservation. The result is the Butte Regional Conservation Plan (Conservation Plan) that will streamline endangered species and wetlands permitting for the city and county general plans, transportation projects, and activities undertaken by the water districts for the next 50 years.


Benefitting Member Cities and the County

This kind of streamlined coordination is going to have significant benefits for the residents and businesses of Butte County.  Local agencies will be able to assure that appropriate mitigation has been applied (usually in the form of a migration fee) more quickly. To illustrate the point, BCAG highlight a project on State Highway 149 w that incurred $14 million in mitigation costs.  Had the Conservation Plan been in place, the mitigation cost would have been $5 million.  Plus, the process would have been much quicker, which would have saved other direct and indirect costs of the project. (For example, not calculated in this figure was the increased cost to construction that was the result of the delay that was attributable to the rising costs of concrete and steel during the period the permits were processed).

More specifically, the Conservation Plan authorizes the permitting agencies to enforce the state and federal endangered species act according to a pre-determined set of criteria. The plan also includes the regulatory structure will remain in place for the next 50 years–creating greater certainty for development projects.  But perhaps more importantly, the Conservation Plan results a well-planned and managed system of conservation lands established primarily through conservation easements.  In addition, open space and ongoing farming and ranching economies in the Plan Area will maintain much of the rural character and natural beauty of our landscape.

Developing the plan was no small feat. It took 12 years, 47 stakeholder meetings, and countless public appearances and discussions to engage the community.  But the journey is almost complete.  The final Conservation Plan and EIS/EIR were submitted to the US Fish & Wildlife Service on June 28, 2019, for final inspection and publication in the federal register.   BCAG intends to present the final Conservation Plan to the cities and county early in 2020 for consideration. If approved, implementation could begin as early as April 2020.

The implementing structure for the Conservation Plan includes a newly created Joint Powers Authority (JPA). The JPA board is made up of the cities, county, four water districts, and Caltrans.  BCAG is the implementing agency that contracts its executive director and four new staff positions to the JPA. The Butte County Association of Governments (BCAG) will staff the entity.  BCAG’s Executive Director and up to four new positions will provide the staffing, including coordination with the permit-issuing agencies (US Fish and Wildlife, California Department of Fish and Wildlife, National Oceanic and Atmosphere Agency, and U.S. Army Corps of Engineers)

The estimated mitigation cost component of the Conservation Plan is nearly $140 million over the 50-year implementation period. This assumes that all General Plans are fully built out. The estimated conservation cost, however, is nearly $240 million. The difference will be funded through state and federal grants and partnerships with other conservation entities. These costs include the establishment of a $30.6 million endowment over the course of the 50-year implementation period to fund ongoing costs associated with the administration, management, and monitoring of the conservation lands system in perpetuity.

Fees collected by the cities and County from project applicants will be used by BCAG to accomplish all BRCP mitigation requirements. BCAG will actively seek state and federal grants and local partnerships to accomplish additional conservation goals under the BRCP that contribute to the recovery of endangered and threatened species. BCAG will be responsible for performing the required management and monitoring of the mitigation and conservation lands. Regular reporting to state and federal agencies regarding progress made in implementing the BRCP will also be a BCAG responsibility along with continued coordination and collaboration with the BRCP Stakeholder Committee.