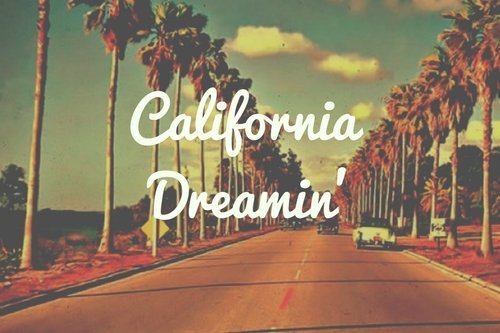 Former state librarian (and respected historian) Kevin Starr said that of all the states, “only California has attached to its identity the concept of a dream.” Sometimes that dream is portrayed as the quicker, richer cousin of the American Dream (think gold rush, technology start ups). Other times, it’s just a warmer version (a beach bungalow and a garden).  Yet the road to a dream can be deceptive and challenging. Our own Joan Didion observed that “the apparent ease of California life is an illusion, and those who believe the illusion real live here in only the most temporary way.”

In our Spotify Playlist (titled: “California Dream: Our Pix”), we explore songs that exult, explore, and test the California ideal. This is by no means a definitive list—the Golden State is featured in hundreds of songs. But it’s a fun conversation to start. To make our list, the song had to touch on a notable role or perspective that shapes the California ideal.

1.  California Soul (Marlena Shaw)
Although this song never cracked Billboard’s Top 20 despite covers by the 5th Dimension and Marvin Gay (with Tammy Terrell), the Marlena Shaw cut continues to be used in movies and other places largely (we think) because the funk beat is the perfect score for lyrics that lay bare the golden state’s collective soul. “Its really such a groove, Puts a brand new kind of thinking in your mind and you can’t go wrong ’cause your happy all day long . . . .California soul!” There it is.

2. California Stars (Vocals; Music by Billy Bragg, Lyrics by Woodie Guthrie)
From the acclaimed Mermaid Avenue Sessions, where Billy Bragg put to music formerly unpublished lyrics written by Woodie Guthrie. Of course, Guthrie himself came to California as part of the Dust Bowl migration in the 1930s. It’s a special tune. We love the visual: “I love to dream my troubles all away on our bed of California stars . . . Make another day underneath my California stars; They hang like grapes on vines that shine.”

3. California Dreamin (Mammas & the Pappas)
This song tops most lists.  And we agree that it is a classic. Who doesn’t want to escape the cold midwest doldrums by imagining that you would be safe and warm in L.A?

4.   California Love (Tupac Shakur, Dr, Dre and Roger Troutman)
California knows how to party! Tupac recorded the lyrics to this song almost on a whim at a West Side barbecue at Dr. Dre’s house in Calabasas. It was the only time they worked together before Tupac was killed. Tupac–who went to high school in Marin County–was more playful here–but the lyrics allude to the social justices themes he explored in other songs: “Out on bail fresh outta jail, California dreaming … Only in Cali where we riot not rally to live and die“).

5. California Oakie (Buck Owens)
Most Californians have a family immigration story. These lyrics capture the quintessential motivation of many—a better life for their daughters and sons: “Born in Barstow, raised in Bakersfield, My ma and pa were orphans of the Oklahoma dust bowl  . . .  My daddy followed his dream West and when we laid his soul to rest I knew he found his promised land;  And now I am a working man and with the help of the good Lord’s hand I get to have what daddy never had.”

6.  California Rain  (The Madden Brothers)
Living in California means accepting that it rains here too.  In this song, the rain is a metaphor for the challenges that must be overcome.  “In my imagination California’s waiting.  She’ll take me by the hand and say I know I’m so glad you’ve finally made it.  Here comes the rain. . . . Little darlin’ don’t you cry, even California is cold sometimes.  We can make it, we got to try.  Hey I believe Summer’s waiting on the other side. There’s no limit, we can touch the sky. Everything ain’t what it seems.  California rain on me!”

7.  California (Melissa Etheridge)
Another classic song about coming to California escape the past and to make a life.  “In California, come rescue me . . .  I kept on driving to the setting sun, Galaxies of Angels welcome everyone.” This song gets extra points for playing while Governor Brown signed the symbolic rails at the High Speed Rail project kickoff in Fresno a few years ago.

8.  Folsom Prison Blues (Johhny Cash)
For years, Johnny Cash opened almost every concert with this song that Rolling Stone listed as one of the most significant songs of the 20th century. The album At Folsom Prison made music history. In Folsom Prison Blues, the lyrics conjure the sound of a lonesome train whistle, reminding a lonely prisoner of dreams lost–and all of us of the pain of fading dreams not forgotten.

9.  I Love L.A. (Randy Newman) –AND– I Left My Heart In San Francisco (Tony Bennet)
This entry squarely straddles California’s Dodger-Giants divide.  I Love LA is played frequently at Dodger games; fans shout back “We love L.A.” to each “I Love L.A” lyric. Meanwhile, up north, I Left My Heart in San Francisco is played when the Giants prevail. Tony Bennet’s song is idyllic (golden sunshine in San Francisco?). Randy Newman’s lyrics, on the other hand, allude to a dark side amongst the good (look at the mountains, look at the trees! Look at that bum over there, he is on his knees) –even the four streets called out by Newman (Century Blvd., Victory Blvd., Santa Monica Blvd. and Sixth Street) stretch across the poorest and wealthiest parts of Los Angeles.  But both songs position Los Angeles and San Francisco as key coordinates in the pursuit of the California Dream. And from where we sit (firmly on the fence), both cities have great baseball teams.

10.  Meet Me in California (Plain White Ts)
California is a beacon, even for the guy who can’t quite make all the right decisions back home. But he knows enough to make the move that will take him to a better life.  “You know in California there is something better for ya.  If you ever need me, you know where I will be; Meet me in California.”

11.  Mother Road (Old Californio)
This tribute to Highway 66 by this Southern-California-based band celebrates the road that brought many others to the land of sun and their determination to make their own life:  “Got to get on the Mother Road, It’s like a river reflecting everything that is gold. Gotta get on and get your story told.”

12.  Ride to California (Paper Tongues)
This catchy indie rock/punk mix tells another story of trying to make it big: “Hey! Break Free! Come, go with me.  I can’t wait to get a ride to California ‘cause it makes sense to go to California . . . Can I give up? No! Let’s just go . . . Got no money, sure, if you was me, see, you’d do the same thing you know, so leave your bags at your mamma’s door.” Give it a listen, it grows on you.

13.  California (Tom Petty and the Heartbreakers)
We tip our hat to Tom Petty: “California has been good to me, I hope it doesn’t fall into the sea.  Sometimes you have to save (trust) yourself.  It’s not like anywhere else.”  Indeed.

14.  Streets of Bakersfield (Dwight Yokum with Buck Owens)
Bakersfield has an illustrious music history, producing country stars like Meryl Haggard and Buck Ownes that created the “Bakersfield Sound,” — perhaps the original “alt country.” This song reminds us that the path to the dream does not always take you to the coast. Many go about making their dream in unglamorous ways.  This song challenges us as a man down on his luck man asks  “how many of you who have sat and judged me  . . . have walked the streets of Bakersfield?”

15.  California Girls, Beach Boys
Kevin Starr explained that the Beach Boys were historically important for mythologizing (Mr. Starr’s word) a surreal iconography and landscape of the beach, cars, surfing, and the California girl. The song California Girl was the most noted of several titles that solidified a California ideal in the early 1960s.  Other songs included Surfing USA, Little Deuce Coupe, Surfer Girl, and Fun, Fun, Fun.

16.  California Gurls (Katy Perry, featuring Snoop Dog)
Sung from strength, Katy Perry has a lot of fun with the image of women in California. And none less than the Beach Boys’ (see number 15) Brian Wilson noted that “the melody is infectious,” and went on to say that he was “flattered that Snoop Dogg used our lyric on the tag.” (But of course, the firm who owns the publishing rights for the Beach Boys songs sued).

17.  California Here I Come (Bill Evans)
You know the song! California, here I come, Right back where I started from; Where bowers are flowers bloom in the spring, Each morning at dawning, Birdies sing and everything; Open up that Golden Gate! California, here I come!  The group Phantom Planet made a catchy tune that remixes some parts of this song that was used as the theme song for the TV show The O.C. But for us, the original did more to position California has an idyllic garden in the hearts and minds of more geographically-challenged Americans living elsewhere.

18.  California Sun  (The Rivieras)
The fact that this song was recorded in Chicago by an Indiana band that had not really traveled elsewhere shows the reach of the California ideal. It’s a simple song that captures the unique surf rock sound of the early 1960s.

19.  Sittin’ on the Dock of the Bay (Otis Redding)
The lyrics and melody—complete with those opening ocean waves—are so compelling that you forget that the song is really about a man that has “nothing to live for” but to sit on a dock and watch the boats on the bay.

20.   _______________,  You Tell Us.
There are 100s of songs out there about California.  What song or songs do you think did we left out? Which song does not belong on our list? Email us your suggestion and explain why it belongs on the list.  Extra points if you can make the case that it better embodies the California dream than one or more of the songs we selected.

To hear all these songs check out our Spotify Playlist. If you use your browser, a couple of songs will not play for what we presume is a licensing limitation, but they should all play within the free Spotify App.