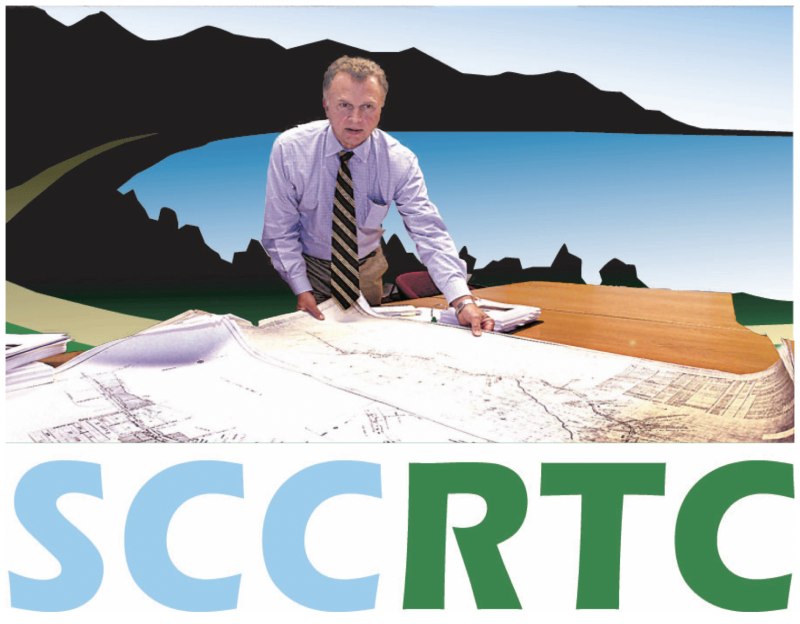 For many years, George was a key member of CALCOG’s “Aspiring County” group.  These were counties that were figuring out how to pass a sales tax measure with a two-thirds majority to become a “Self Help” county.  George was eager to share the information he learned with the group, as well as take ideas back to Santa Cruz County.

In 2016, his work paid off.  Dondero was at the helm of the SCCRTC in its efforts to secure funding for county transportation improvement projects through Measure D. He spent many hours educating the public about the need and how the funds would be spent.  “George has done an incredible job addressing the transportation needs of our community,” said Santa Cruz County Supervisor and SCCRTC Commissioner John Leopold. “He was instrumental in building a powerful coalition to pass the largest transportation measure in the history of the county.”

“I have worked with George during the past few years as the RTC and stakeholders of all sectors in Santa Cruz County came together in 2016 to pass the first major transportation improvement sales tax in the history of our county. Measure D was a game-changer that brought the community together to address the inefficiencies of our county-wide transportation network,” said Casey Beyer, CEO of the Santa Cruz Area Chamber of Commerce. “George was instrumental as the public face to the SCCRTC, working with his commissioner to craft a transportation initiative that would address our transportation needs but also designed in such a way that it would receive the necessary 2/3 voter approval. I congratulate him on his many years of service to Santa Cruz County residents. His leadership will certainly be missed.”

Since the measure passed in 2016, the RTC has led the implementation of numerous Measure D-related projects to improve local roads and maintain transportation infrastructure in the county. Dondero was also instrumental in the purchase of the Santa Cruz Branch Rail Line in 2012, after more than 10 years of extensive due diligence and negotiations. This purchase placed a new transportation corridor in public ownership and brought with it a new era of mobility options and opportunities.

Under his leadership, the RTC managed its first construction project, the Highway 1 Soquel/Morrissey Auxiliary Lanes Project, allowing the agency to communicate and minimize construction impacts while implementing locally effective solutions for the community. The project, aimed at improving the flow of traffic through one of the most congested sections of Highway 1, included one mile of new auxiliary lanes and a new bridge over La Fonda Avenue with improved bicycle and pedestrian facilities.

Dondero has a Bachelor of Architecture degree from the University of Michigan as well as graduate degrees in transportation engineering and regional planning from UC Berkeley. Prior to joining the RTC, he was the executive director of the Calaveras Council of Governments, the regional transportation planning agency for Calaveras County, as well as project manager for the Metropolitan Transportation Commission in Oakland, and assistant traffic engineer for the City of Berkeley.