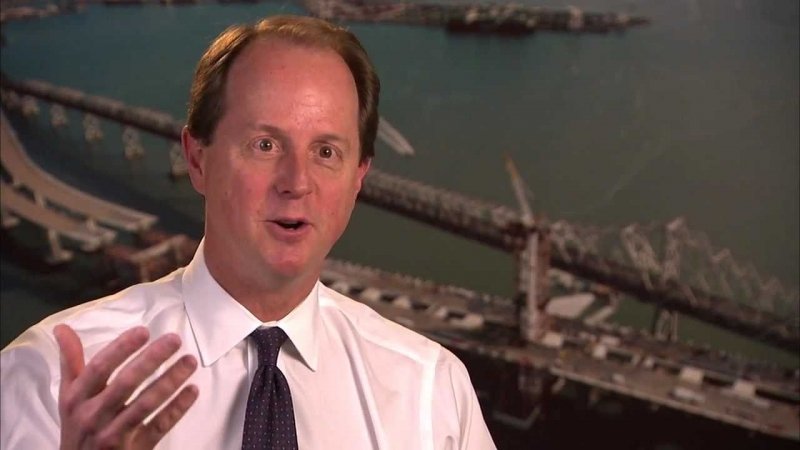 Steve Heminger, executive director of the Metropolitan Transportation Commission (MTC) since 2001 and of the Association of Bay Area Governments (ABAG) since July 2017, will retire from both positions on February 28, 2019.

“After more than 17 years at the helm, Steve stands among the giants of the transportation world,” observed MTC Chair and Rohnert Park City Councilmember Jake Mackenzie. “By charting a steady course through often-turbulent waters, Steve has shaped a bigger, safer and sounder Bay Area transportation network in which his legacy will be found in items as small as a Clipper card or as big as the new Bay Bridge.”

Mr. Heminger first joined the MTC staff in 1993 as manager of Legislation and Public Affairs, and was elevated to deputy executive director in 1999 before assuming the top staff position two years later.   He was also very involved in the CALCOG’s Executive Directors Group, serving as chair 1995-96 and serving as the honorary chair at his last meeting in December of 2018.

Under his leadership, MTC engaged in a number of issues that helped make it a national leader and innovator in transportation policy.  These included:

Heminger was appointed by House Speaker Nancy Pelosi to serve on the National Surface Transportation Policy and Revenue Study Commission, which helped chart the future course for the federal transportation program. As Chairman of the Toll Bridge Program Oversight Committee, Heminger also oversaw construction of the new East Span of the San Francisco-Oakland Bay Bridge – at the time, the largest transportation project in California history. He has served a member of numerous boards of directors over the course of his career, including for the Transportation Research Board, Mineta Transportation Institute, Association of Metropolitan Planning Organizations, Californians for Better Transportation, and the International Bridge, Tunnel and Turnpike Association.

One of Heminger’s major projects involved the construction of the new East Span of the Bay Bridge — the largest transportation project in California history, according to the MTC.  In 2009, he served on the Regional Targets Advisory Committee that made the first recommendations to the Air Resources Board for setting Greenhouse Gas emissions under SB 375.  He was also appointed to serve National Surface Transportation Policy and Revenue Study Commission and is also a senior fellow at the Institute for Transportation Studies at UC Berkeley.

Here is a video salute from current and former commissioners

For those of you who miss him, we recommend this video we found in the MTC-ABAG library; its a reflection on projects he was involved in as of 2011.  Its a nice time capsule for those who miss him.