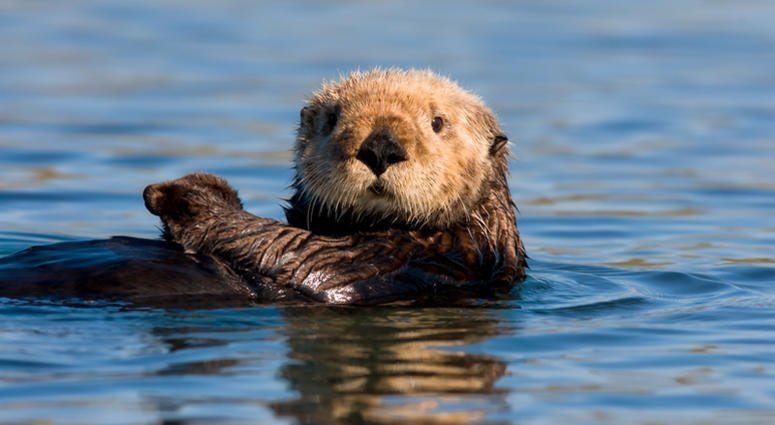 Don’t tell the tourists at Big Sur trying to catch a glimpse of a sea otter, but the best place for viewing is about 15 miles north of Monterey. The little inlet at Elkhorn Slough is home to more than five percent (140) of California’s sea otters.  They feed and rest in the calm waters.  And in December through April, its a good spot to see cute newborn otter “pups.”

Elkhorn Slough is one of about 40 designated “wetlands of international importance” in the United States. At 2600 acres, it is California’s third largest tract of tidal wetlands. The Slough is a seasonal estuary rich with intertidal marshes, mudflats, eelgrass beds and oyster communities that nourish wildlife. More than 340 species of birds, 100 species of fish, and 500 species of invertebrates also reside there.

Protecting this extraordinary resource is just one of many special challenges that the Association of Monterey Bay Area Governments (AMBAG) must address on an eight mile stretch of Highway 1, which crosses at the mouth of Elkhorn Slough. This two lane stretch of highway is heavily used by commuters, tourists, and agricultural goods between Monterey and Santa Cruz (and beyond).  But the road is also at risk for coastal storm flooding and sea level rise. Four sections are either already or will be subject to flooding from coastal storms by the year 2100, when the sea level is expected to rise by as much as five feet.  The nearby rail alignment–for which increased passenger rail service from Salinas to Santa Clara County is planned–is also vulnerable.

The question before AMBAG is how to plan to preserve these transportation assets and protect the iconic habitat?  To help find an answer, AMBAG applied for–and received–one of 21 Climate Adaptation grants authorized under SB 1 (Beall).  AMBAG is partnering with The Nature Conservancy and The Center for the Blue Economy (an institute based in Monterey that promotes a sustainable ocean and coastal economies) to study how the corridor can be improved to withstand sea level rise.

One of the critical questions will be how to improve Highway 1 to sustain higher sea levels. The highway segment includes many “traditional” transportation planning challenges, such as limited capacity, numerous unsafe intersections and crossings, and capacity variability with surrounding road segments.  But it must also account for the Slough.  One strategy might be to raise the road, but how the road is raised could affect the flows of water into the sensitive wetland.  Some have raised the idea of moving the alignment so that it was more inland, but that would effectively cut through the Slough and is probably not the best option.  In addition, higher sea level with affect the Slough itself. Understanding what changes will occur will also affect the decisions that are made for Highway 1.

In short, there are no easy answers.

The state’s goal is to develop holistic corridor management practices that can be adopted be applied at other coastal locations.  Local governments must address climate change adaptation and resiliency in their general plans. So one of the outcomes of this project will also be better information that can be incorporated in general plan updates to address coastal resiliency along the Monterey Bay coastline. The information will also also link regional climate vulnerabilities with adaptation guidance from the state level.

In addition to better data, AMBAG’s planning effort will also apply a risk assessment process for the various options. The result will be a more detailed understanding of the risks and options for this critical stretch of Highway 1, as well as more refined adaptation management strategy to ensure updated scientific information is integrated into the project planning process.

The ultimate success of this project will be the extent to which the identified strategies can be implemented allow Highway 1 and the railway to operate efficiently while at the same time protecting and preserving Elkhorn Slough. There are no doubt many potential performance metrics to demonstrate implementation success, but one goal to think about is whether Elkhorn Slough will still be capable of hosting at least 140 Southern Sea Otters in the year 2100.

The anticipated increase in flood levels (existing through the year 2100).