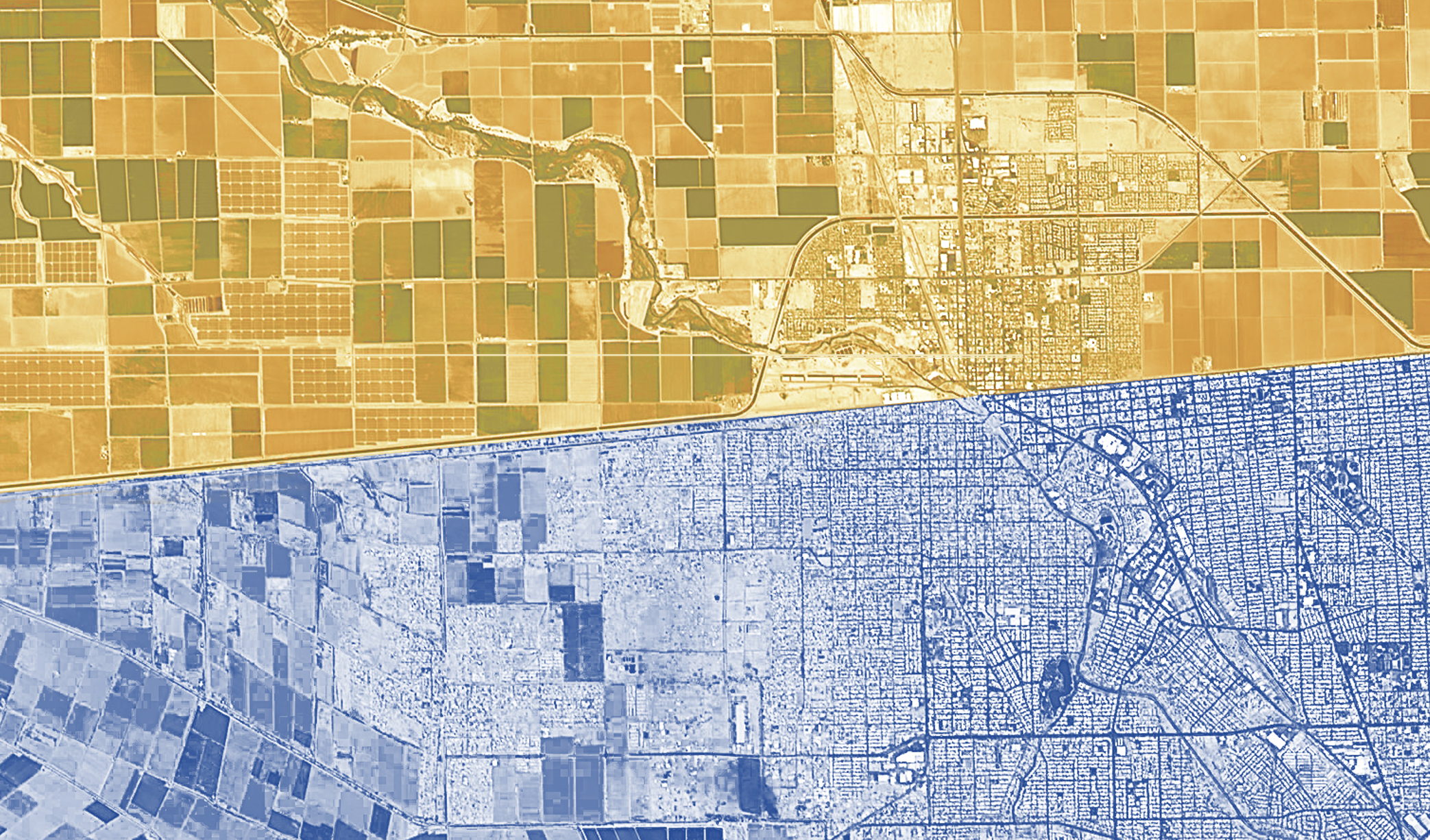 The city of Calexico is a fraction of the size of its sister city on the other side of the border, Mexicali.

Regional governments often serve as a venue where local agencies solve transboundary issues. But what happens when an international boundary bisects the region?  That is the issue faced by the Imperial County Transportation Commission (ICTC), which frequently engages with their regional partners in Mexico and two other sovereign nations – the Fort Yuma Quechan Indians and the Torres Martinez Desert Cahuilla Indians.

An MOU with Mexico

ICTC’s founding legislation (SB 607: in 2009) anticipated that regional diplomacy would be foundational to the Commission’s mission when it included three non-voting representatives from Mexico on ICTC’s board.  Four years later, the Imperial-Mexicali Bi-National Alliance (IMBA) was created, which formalized collaboration on shared issues such economic development, environmental sustainability, and the complex logistics at three international crossings.

“The Alliance lets us share information and undertake long term planning for infrastructure issues that affect both sides of the border,” said ICTC’s executive director, Mark Baza.  He likens the Alliance’s work to a Regional Transportation Plan (RTP), only bi-national in scope. IMBA’s stakeholders include ICTC, the Imperial Valley Economic Development Corporation (IVEDC) and federal, state and local agencies of Mexico and the US.

“As we plan and complete improvements on our side – say, roads, or transit – our counterparts in the [Mexican] state of Baja share what they are doing, too,” Baza said.

Imperial County plays a major role in economic activity between the US and Mexico.  The local agricultural industry and economic trade generate about $2 billion per year.  But Imperial is is also the least-populated county within the nation’s largest Metropolitan Planning Organization, the Southern California Association of Governments (SCAG).

In some ways, regional ties are stronger with the residents in neighboring Mexicali than they are with the cities of Malibu or Ventura (also in the SCAG region).  Asked how relations with Mexican colleagues fared during the Trump Administration (when other border relations seemed to become more intense), Baza said their binational team’s longstanding relationship withstood the tensions just fine.

“That’s the important thing about this alliance,” said Baza, a former Caltrans planner who’s led ICTC since its inception in 2010.

“We try to reassure our partners in Mexico that have a relationship that stands the test of time. We have all taken the stance that [the rhetoric] does not matter.”

California and Mexico share a border of 150 miles with six legal crossings – also referred to as land ports of entry – where people flow back and forth by foot, bicycles or in vehicles.

The largest crossing is in San Diego County, at San Ysidro/Tijuana – a port of entry that is not only the biggest in California but also known as the busiest border crossing in the world. California’s second and third busiest crossings are in Imperial County.

Until 1996, Imperial County had a single crossing in Calexico, but congestion prompted another port of entry to be built seven miles east (and aptly named Calexico East.)

The original crossing, now known as Calexico West, serves people coming to and from the US by foot, bicycle and car and is located in downtown Calexico. Calexico East primarily serves commercial trucks. Together, the ports see about 53,000 legal northbound crossings a day, many representing commuters who work, shop or attend school on one side of the border yet live on the other, Baza said. The “crossers”  spend $1 billion annually in Imperial County, he said.

Imperial County is also home to a third crossing about 45 miles east of Calexico, near the Arizona border. The Andrade Port of Entry is for pedestrian traffic only and accommodates many “medical tourists” seeking dental, pharmacy and other services in Mexico because they are less costly than in the US and covered by insurance plans.

Millions of Dollars Planned for Ports of Entry

Calexico’s East Port of Entry handles all truck traffic entering and exiting the US, and accounts for about $17 billion in imports and exports annually.  Yet outdated infrastructure means trucks are regularly delayed for hours. The idling creates significant greenhouse gas and air quality emission impacts.

A bridge expansion is planned to improve traffic flow.  To pay for the project, ICTC received $20 million from US DOT’s Better Utilizing Infrastructure to Leverage Development (BUILD) program and another $10 million from California’s Trade Corridor Enhancement Program (TCEP). The project is expected to be complete by October of 2022.

The Binational Alliance is focused on more than transportation. The Alliance fosters cooperation for economic development and environmental issues among state and federal agencies. Leaders understand that economic growth and jobs on one side of the border can help the other, just as air pollution on one side of the border can hurt the other, or raw sewage in the “New River” that flows between Mexicali and Imperial County imperils residents of both countries.

“There’s no fence that stops that,” Baza said, referring to the air and water pollution that crosses the border.

ICTC has worked with US EPA, Cal EPA and the California Air Resources Board to determine the air quality impacts of traffic at the border. It’s also worked to plan the location of air quality monitors in both Imperial County and Mexicali to help curb the impacts of  air pollution. Working with the City of Calexico, ICTC is helping create a $10 million intermodal transportation center a block north of the Calexico West port of entry to connect pedestrians crossing at the border with regional and local transit.

And They Plan Transit and Roads, Too

Apart from international infrastructure, ICTC undertakes work that will seem familiar to any county transportation commission – namely, countywide transportation planning. Since 2012, ICTC has partnered with the cities of El Centro, Brawley and Imperial Valley College to complete four other public transit centers.

In partnership with SCAG, ICTC guides the Long-Range Transportation Plan for the Imperial region and its regional, state and federal transportation improvement programs (TIPs).

Baza said in his 11 years running ICTC, partnerships have been critical to the agency’s success.  That is true for every region government.  But because of ICTC’s unique location, ICTC has had to forge a broader range of partners to serve the needs of its members and its region.  Perhaps the lesson is that if the shared geography and economic ties are strong enough, people within a region will find a way to work together to improve their larger community, even if that region is divided by an international boundary.