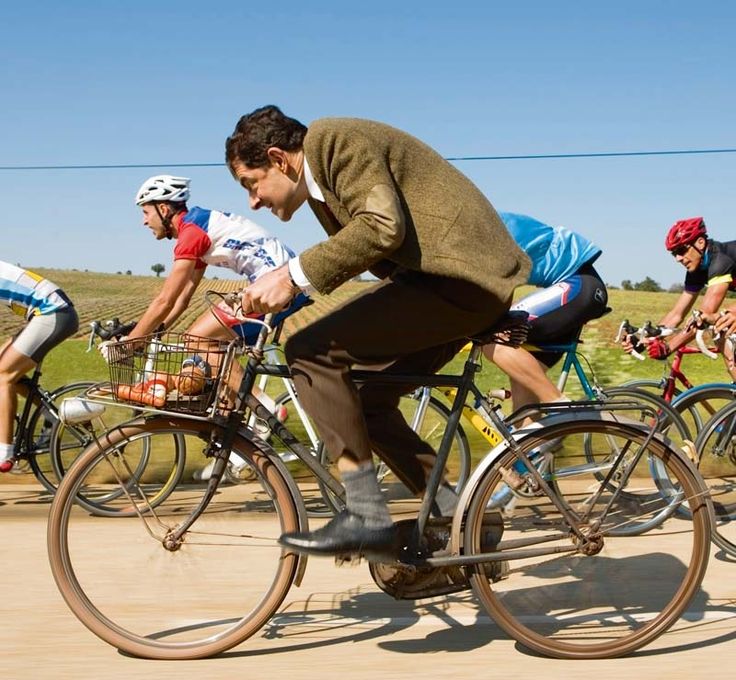 People love bicycling for different reasons, but mostly because it’s fun. We like a quote the internet attributes to Desmond Tuto: “Give a man a fish and feed him for a day. Teach a man to fish and feed him for a lifetime. Teach a man to cycle and he will realize fishing is stupid and boring.” To celebrate Bike Month, we have selected 32 songs (listed in no particular order) that explore and celebrate the bicycle as a transportation choice, idea, dream, and philosophy.

To listen, connect to our Spotify CALCOG Bicycling Mix playlist** (see note below).  Here are our numbered, but not ranked, picks:

1. The Acoustic Motorbike (Luka Bloom)
A rider finds the meaning of life  . . . community development while riding through the Irish countryside: “Pedal on, pedal on, pedal on for miles . . . Pedal on!”

2. She Rides (Evelyn Parry)
“The desire for autonomy, moving outside the dominant economy under my own steam two wheels, not four: no gas, no oil, no war for this machine all I need is air, two legs, two wheels, a crank and a chain, two pedals and a frame; A revolution that keeps me arriving, again and again”

3. Devil, Don’t You Steal My Bicycle (Joe Hertler & the Rainbow Seekers)
Anyone who has had their ride stolen will understand the lyric “if he steals my bicycle he can go straight to hell!”

4. I Got a Bicycle (Cox Love Alcorn)
After dismissing other major transportation modes (car, walk, transit), the song makes the case that “the bicycle is the sweetest way to get around.”

5. Rockin’ Bicycle (Fats Domino).
Okay, its Fats Domino!! “We don’t care if they laugh at us, Let ’em take the bus and leave the cycle to us.”

6. Bicycle Song  (Red Hot Chile Peppers)
“How can I forget to mention, the bicycle is a good invention . . .”

7. Its A Beautiful Day (The Beach Boys)
The surf-rock melody is playful and the lyrics well suited for the bicycle advocate:  “Livin’ in LA.  Such a beautiful day. . . . The freeways there are jammed with all kind of folks on their bikes . . . .”

8. Pushbike Song (Mungo Jerry)
A love story on a bicycle.

9. Apology Song (The Decemberists)
What your irresponsible friend tells you after he loses your bicycle.

10.  Bicycle Race, Queen.
The song that is on all bicycle play lists: “I want to ride my bicycle!”

11.  Tour De France (Kraftwerk)
Everyone who has tried PR up their local hill will recognize the heavy percussive breath – and who doesn’t want to be Peter Sagan? (uh-hum, the charismatic three-time world champion) or Coryn Rivera? (elite US woman pro racer).

12.  Raindrops Keep Fallin’ On My Head (B.J. Thomas)
Not necessarily about a bike, but we just can’t shake that iconic scene when Paul Newman gives Katherine Ross a ride on a bike in Butch Cassidy and the Sundance Kid.

13.  Broken Bicycles (Tom Waits)
An ode to that old neglected bicycle frame that you just can’t get rid of.

14. Tony’s Theme (Pixies)
An everyday superhero (named Tony) rides around on his bicycle.

15. Bike (Pink Floyd)
A bike is among the items a man is willing to give a girl

16. Bike (The Slambovian Circus of Dreams)
A father delivers his son a bike from beyond the grave to help his son find freedom, and the son meets the test to keep it.

17. Bicycle (Livingston Taylor)
From the opening line I ride my bicycle to work each day to chronicling the joys of lycra, the lyrics capture many of the day to day joys and challenges of riding

18. Riding on My Bike (McBusted)
A two-wheeled love story begins with the line:  “I was riding on my bike, when I saw a girl I like,” that ultimately leads to a frantic ride across town to avoid being late for a date. But was it all just a dream?

19. The Bike Song (Mark Ronson)
Gonna ride my bike until I get home.  My mama tells me I should stop Go and get a real job. That can’t be the way that I roll

20. Theme for Velodrome (The Chemical Brothers)
This techno beat is all instrumental except for the electronically phrased “Velodrome!”  So why is it here? It was also the Official Song for the velodrome competition for the 2012 Olympic Games in London.

25. Bicycle Wheels (Ugly Kid Joe)
A positive tip for riding bicycles and life in general is that you are “never going to slip if you never lose the ground.” Keep the rubber side down out there.

26. A Bicycle Built for Two (Kid Patrol)
This short song from your childhood captures the special joy of a tandem bike.

28. Bicycles (The Maccabees)
Everyones buying bicycles (for the shortest commute)

29. Pedal Your Blues Away (R Crumb and His Cheap Suit Serenaders)
“Hop on your bike any time you might . . . And pedal your blues away!”

31. Brand New Bike, (Sam Lachow; featuring Ariana DeBoo)
“Would you mind if I rode my bike for a little while; it seems like we’re all getting farther away from the good old place that our momma’s stay.”

What song did we miss?   Send us a comment.  We will probably agree with you.  Check out our songs on our CALCOG Bicycling Mix playlist on Spotify.**

Note that Spotify works better with some browsers (e.g, Chrome) than others (e.g., Safari).