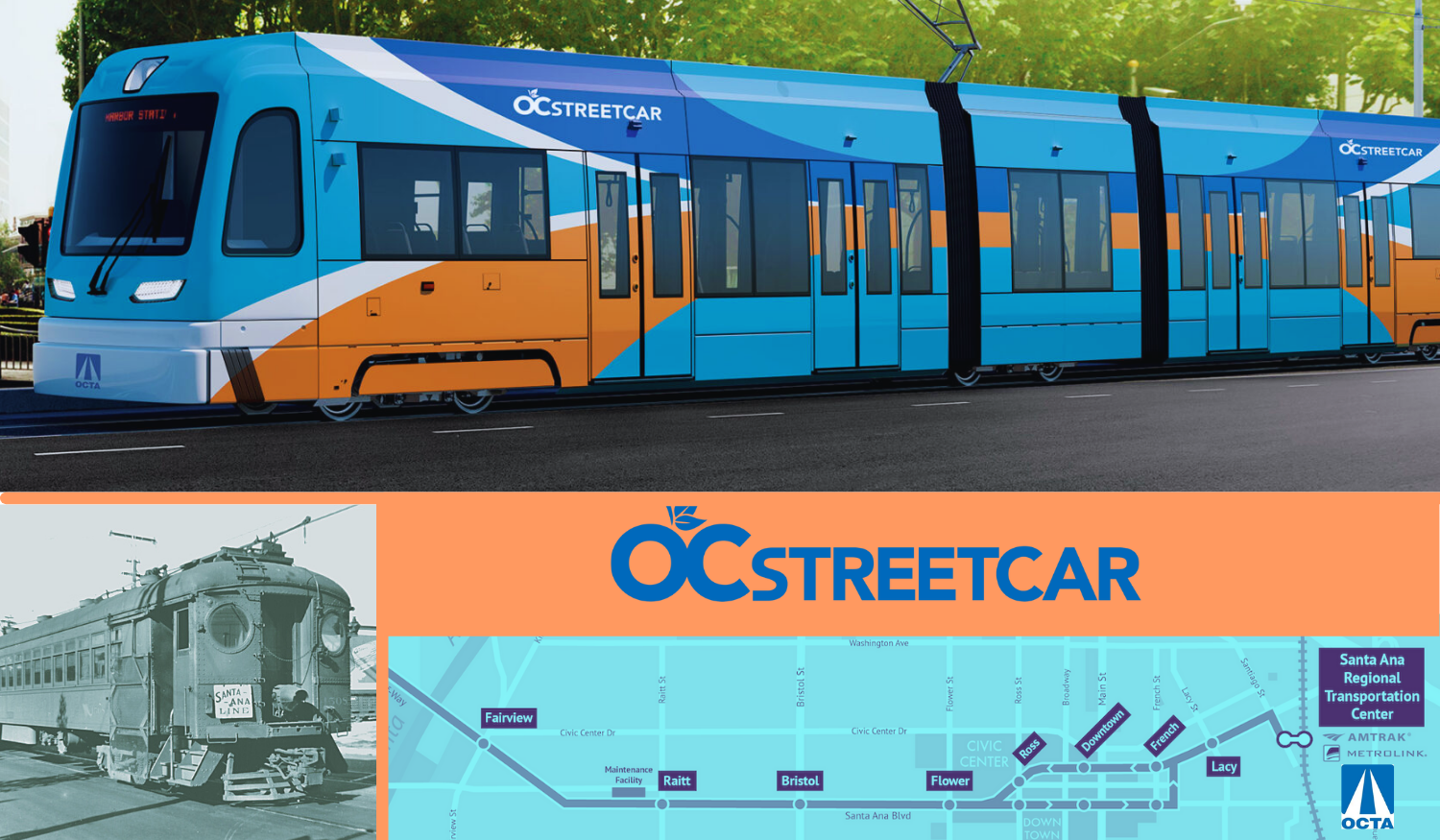 One hundred years ago, Southern California had the largest electric streetcar system in the world.  Red and yellow streetcars connected Southern California, including Orange, Riverside, San Bernardino, and Los Angeles counties.  Over the years, however, competition from automobiles and freeways led to their decline. By the 1950s, nearly all the streetcars were gone.

Now, the Orange County Transportation Authority (OCTA) is bringing back a modernized version of the streetcars with a $400-million-plus investment to help meet the needs of today’s transit riders. 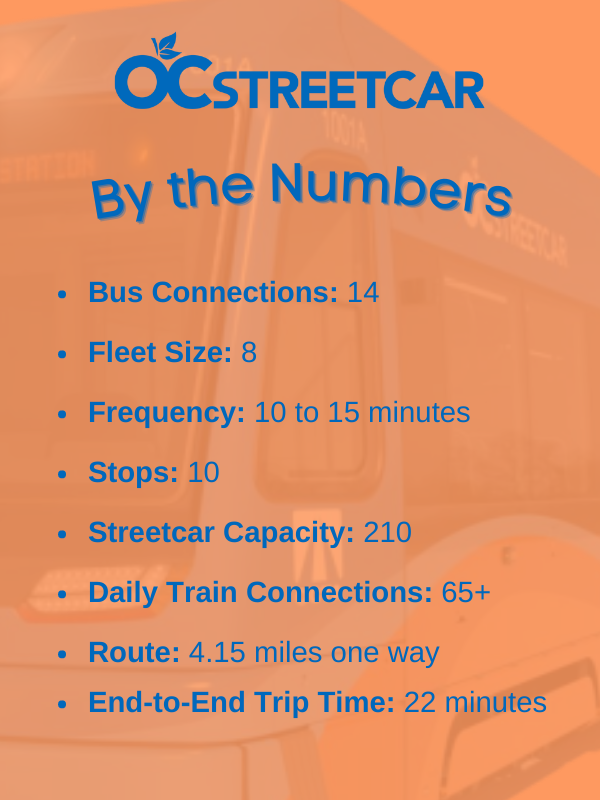 The sleek new streetcars will run on the same roads and rights-of-way where Pacific Electric Railway cars ran a century ago.  Some of the buildings along the route still have the cable stays that supported overhead electric wires and rail ties were found buried under paved roadways. One change, however, is the original rail bridge across the Santa Ana River.  Although still there, the old bridge is structurally inadequate to support the new line, so a new double-track bridge is being built alongside the original bridge.

“The four-mile line will run through Santa Ana’s historic downtown, which includes federal, state and local courthouses, government offices, colleges, an artists’ village, and a thriving restaurant scene. Santa Ana is one of California’s, and the Nation’s, most densely populated census tracts — averaging over 12,000 people per square mile.”

The streetcar will cross 14 bus routes and terminate at the Santa Ana Metrolink-Amtrak station.  The connections improve accessibility to workplaces, medical facilities, and educational institutions throughout Orange County and Southern California.

But the benefits will be local, too.  With headways as little as 10 minutes, it will be easy to hop a streetcar to travel from neighborhood to neighborhood along the line.

“When OC Streetcar is up and running, thousands of people will be able to more conveniently discover new destinations along the route and across Orange County,” said OCTA Chairman Andrew Do. “We look forward to giving people another affordable and easily accessible transit option that will produce no emissions while getting our residents, workers and visitors where they need to be.”

Good for Mobility, Good for the Environment

The OC Streetcar exemplifies OCTA’s commitment to sustainability and reducing greenhouse gas emissions. Reduced automobile trips and increased neighborhood walking are long-term anticipated outcomes. But by generating foot traffic, the project will also bring consumers into the heart of Santa Ana’s dynamic downtown, while reducing vehicle traffic to and from commercial centers in Garden Grove.

The project earned an “Envision Silver” rating from the Institute for Sustainable Infrastructure.  The credentialing process involves reviewing a project’s impact on the community, the extent to which meaningful public input was incorporated, the overall use of resources and its effect on the natural world including issues related to climate change.

Key elements that earned the streetcar project Envision Silver status were the quality of public engagement, the use of existing roads and right of ways, design elements that were durable and easy to maintain, and providing alternatives to automobile traffic.

The project originated as a joint proposal from the cities of Santa Ana and Garden Grove. They proposed the project under OCTA’s Transit Extensions for Metrolink Program, which is funded by Orange County’s half-cent local sales tax (now known as “OC Go”). Throughout the life of the project, OCTA continues to collaborate with its city partners on a variety of agreements. These range from a Memorandum of Understanding outlining roles and responsibilities and also separate design and construction agreements.

After initial planning and feasibility analysis, the project was given the green light. The two cities then reached an agreement that put OCTA in the lead, including the responsibility to find the rest of the $423 million needed to complete the project. OCTA’s programming staff went to work and, over the past five years, secured the funding to complete the project. Funding sources included $28 million in cap-and-trade proceeds under the Transit and Intercity Rail Capital Program administered by the California State Transportation Agency and $172 million from OCTA’s local sales tax measure, OC Go.

OCTA was also awarded significant federal funding for this project – about $225 million total.   Of that, OCTA received $149 million in a difficult-to-get New Starts program Capital Investments Grant from the Federal Transit Administration. This was the first modern streetcar in the State to receive a New Starts full funding grant agreement and the largest New Starts commitment to a streetcar project, ever.

When completed, the electric-powered, steel-wheel streetcars will roll on tracks built into the street, operating along traffic lanes in downtown Santa Ana and Garden Grove. The vehicles are currently under construction by Siemens in Sacramento. The sleek design includes OCTA’s familiar blue, orange, and white colors. The vehicles will travel through 10 stops in each direction, holding up to 211 passengers.

The project has already encountered its share of unexpected surprises that are typical of a large infrastructure project—like unknown utilities, cultural resources, and soil contamination. Nevertheless, OCTA is committed to maintaining access to businesses located along the OC Streetcar route. Their innovative “Eat Shop Play” program offers marketing assistance to increase exposure and foot traffic during construction.

Importantly for OCTA, the project continues to receive strong support by the public and local cities.  The OC Streetcar will expand transit opportunities in Orange County and bring communities together by closing a transportation gap in one of the most populated and traveled areas in the state.

Expect the OC Streetcar to start operations in 2023, not a century too soon. 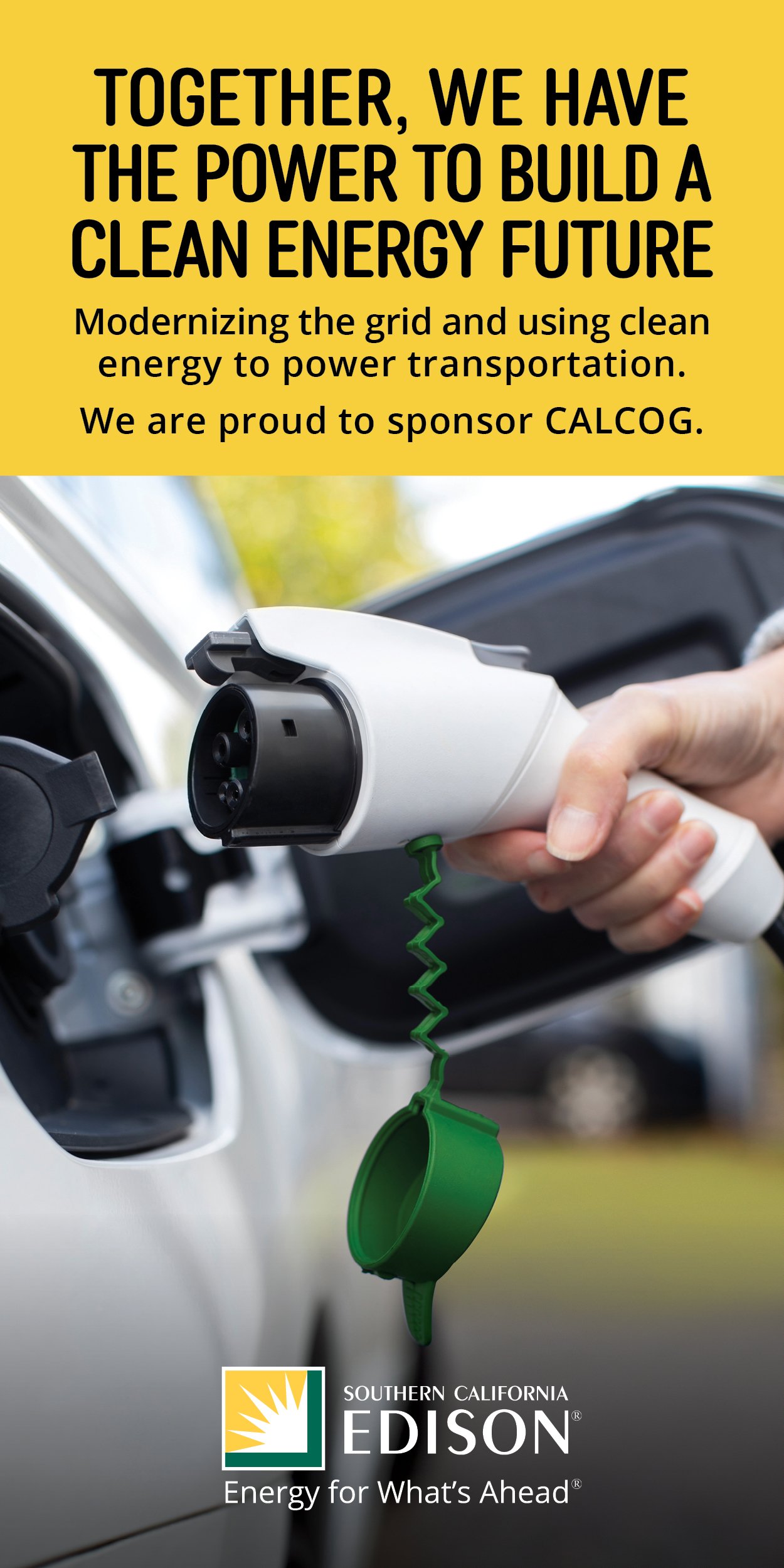