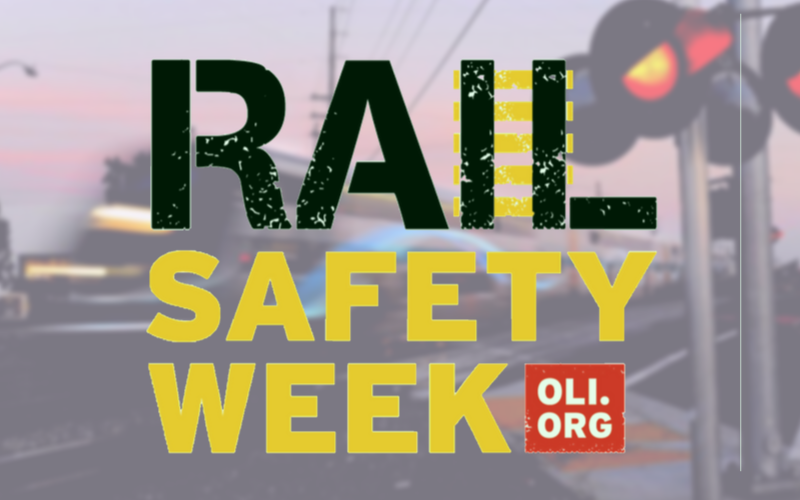 This week (September 23 to 27) is Rail Safety Week in Riverside County – and every other county in Calfiornia.

Riverside County Transportation Commission started giving rail safety more attention five years ago.  Back then the construction of Metrolink’s 91/Perris Valley line was under construction.  It was time to prepare the community for the operation of passenger rail trains.  Although there were railroad tracks in the area, they were only used one or two days a week by slower-moving freight trains.

With faster, more frequent Metrolink trains headed to the Perris Valley in 2016, RCTC knew it was time to start talking to the community about rail safety.  Many of the schools in the region are located near railroad tracks.  But many students – as well as staff and parents – do not fully understand the dangers of trespassing on railroad property. While it may seem surprising that students and adults need to be told to stay off train tracks, the harsh reality is that every three hours, a person or vehicle in the United States is hit by a train, and the results are often fatal.

Working in partnership with California Operation Lifesaver, Inc., RCTC began a rail safety education program for communities along the 91/Perris Valley Line. RCTC has since expanded the program to Corona, Jurupa Valley, Banning, Beaumont, and the Coachella Valley.

RCTC also has been meeting with the students at the University of California-Riverside, Cal Baptist University, La Sierra University, and Riverside Community College to learn how specific rail incidents have affected the students’ lives and how to work together to keep people off the railroad tracks.

Educational activities are continuing, with events throughout the year and particularly during Rail Safety Week, Sept. 23-27. RCTC will conduct an assembly at Nicolet Middle School in Banning and host a rail safety booth at UCR’s Block Party on September 28. Also on September 27, students and staff countywide are encouraged to wear red to stress the importance of preventing trespassing on railroad tracks and to use the #RedOutforRailSafety hashtag on social media.

Operation Lifesaver has a wealth of news, events, and statistics related to Rail Safety Week.