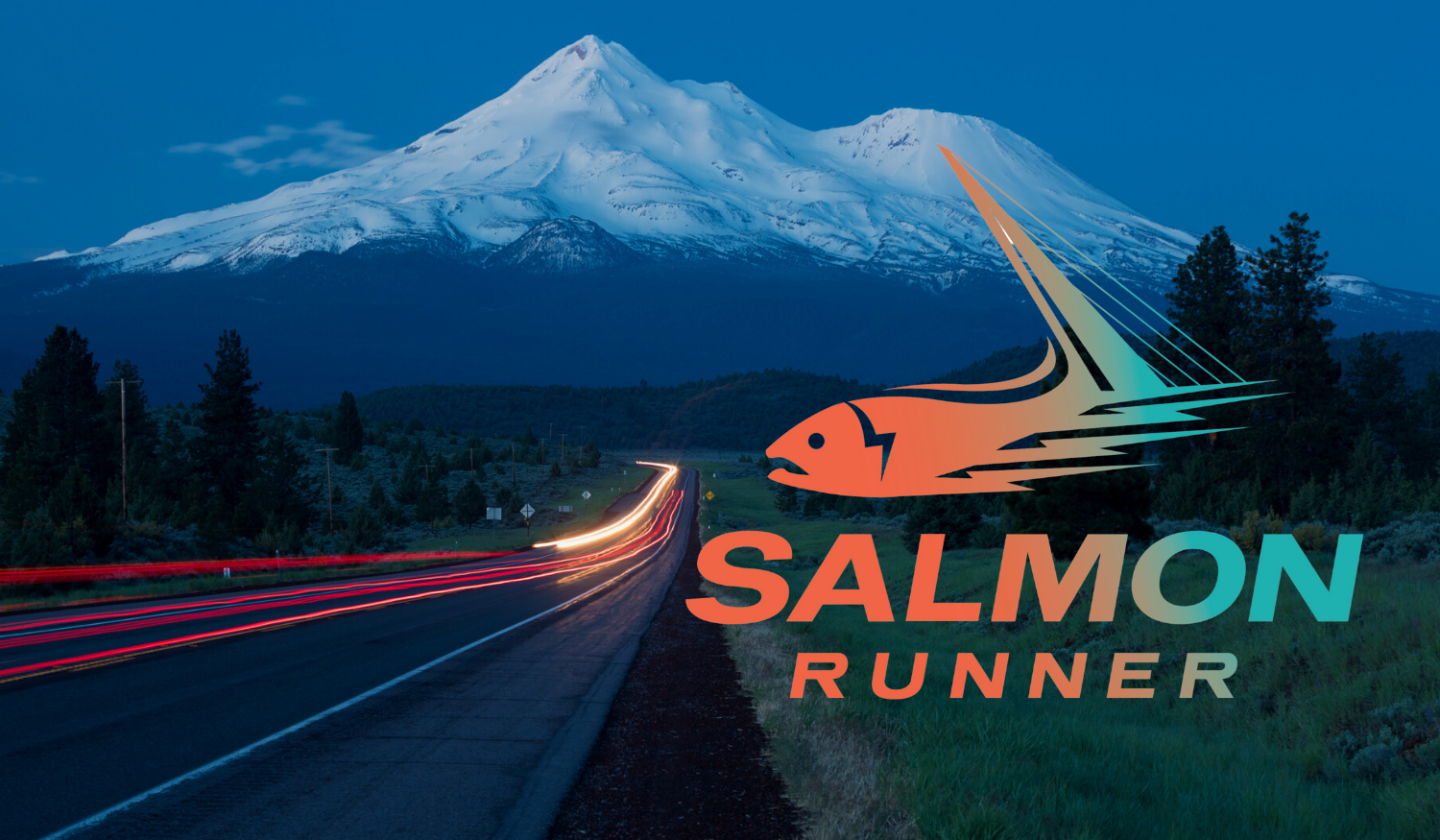 Redding was founded as a railroad hub. Only these days, you wouldn’t know it.

It’s still the kind of place where people from nearby rural towns come to shop or see the doctor. But it’s no longer the draw it once was for catching the train to points elsewhere.

That’s not because people don’t want to ride the train. It’s because the train barely exists. Amtrak glides in three days a week at 3 AM. And the buses offer mostly circuitous routes.

“Most people just give up and drive,” said Redding native Anne Wallach Thomas, who remembers plentiful trains and buses in her youth and now works as executive director of Shasta Living Streets, which is advocating for a return to better service.

Redding is the metropolitan heart of the North State – a majestic, rural super region at the tip of the Sacramento Valley that’s home to more than a dozen counties covering one-third of California. Tourists come for outdoor sights and adventures.

Yet for all it has to offer, the North State has virtually no reliable, direct bus or train service to other regions, leaving a significant swath of Californians with no option other than driving.

It’s a problem that is finally poised to change. This fall, the Shasta Regional Transportation Agency will debut the Salmon Runner, the first leg of an improved bus network aimed at providing better mobility options to the North State.

The Salmon Runner will run seven days a week at an estimated one-way cost of $20. Riders will have the choice of two departures a day, embarking at the transit center in downtown Redding. The motorcoaches will travel to downtown Sacramento with minimal stops in between, according to senior transportation planner Jennifer Pollom. (Greyhound and Amtrak travel Redding to Sacramento, but riders face significant cost and convenience barriers.)

The service will take cars off of Interstate-5 and allow riders to use the roughly 3-hour trip to read, work or rest, said Redding Vice Mayor Kristen Schreder, who serves on the SRTA board as well as the board of California Association of Councils of Government.

“I’ve commuted for years,” Schreder said. “I know there are many people who need and want service to Sacramento.”

The idea for the Salmon Runner started with SRTA asking riders where they wanted to go.

A 2016 study, enabled by a $30,000 grant from the Federal Transit Administration’s Intercity Bus Program, concluded Sacramento was a preferred destination – but that future expansions could include the Bay Area.  A transit priorities survey found that nearly half (42%) of respondents wanted service to Sacramento.

With findings from the study, SRTA won a $8.6 million capital grant in 2018 from the state’s Transit and Intercity Rail Capital Program for a zero-emission bus service. (By 2040, all of the state’s transit agencies must transition 100 percent of their fleets to zero emission.)

However, the energy needs of the Salmon Runner made battery-electric buses infeasible. Heated in the winter and air conditioned in the summer, the motorcoach buses must travel highway speeds for 160 miles, requiring a re-charge along the way – counter to the goal of a quick and convenient route, Pollom said.

Now SRTA is pursuing a hydrogen fuel cell prototype for the Salmon Runner.

In coming months, SRTA will procure the technical and project management support necessary to move the hydrogen fuel cell project forward. In the meantime, the agency will launch a traditional, diesel-powered bus route with a $600,000 FTA grant and $470,000 from Caltrans’ “bus gap” fund.

“We are rooting for this to work,” said Greg Pratt, director of Humboldt Transit Authority, which has long sought to offer direct bus service between Eureka and Santa Rosa along Highway 101.

“If they can get the Salmon Runner working, I could say to my other counties, ‘See? We could try something like this.’”

The transportation gaps facing Shasta, Humboldt and other rural areas have been building for years. 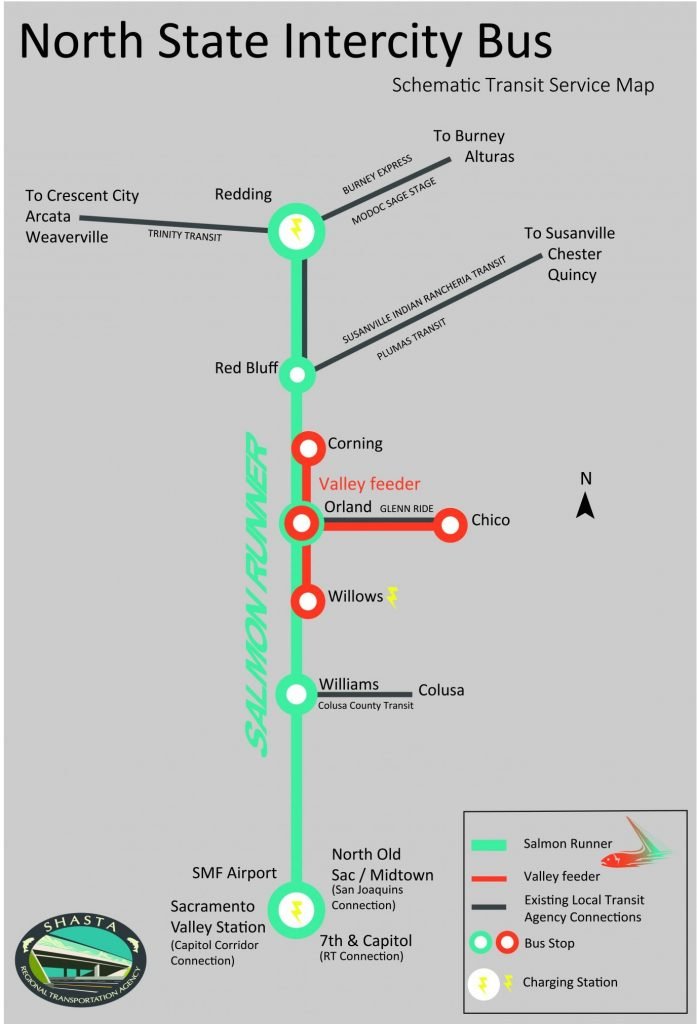 “It’s a market failure that’s been decades in the making,” said Kyle Gradinger, head of rail and mass transportation at Caltrans. “It’s not just a problem in Shasta County. It’s a problem in most rural areas in California, and the rest of the US.”

While California policy makers have increasingly invested in transit and alternate fuels to lower tailpipe and carbon emissions, the focus is often on places with large populations, poor air quality, or both. Places like the North State feel left behind.

“It’s a matter of money,” said Jackie Montgomery, executive director of the California Association for Coordinated Transportation, which represents small, rural transportation providers. “If we had enough money, we could create good service.”

Statewide Bus Study with Salmon Runner as a Pilot

That is why the state has launched a new intercity bus study focused on improving access and bringing more equitable service to support intercity bus markets across the state.

The bus study, which includes a pilot project of integrated bus systems in the North State — building off the Salmon Runner — will look at where people need to go and how to connect them efficiently and affordably, Gradinger said. The bus study will complement the state’s updated rail plan, with the two rolled out in tandem by March 2022.

The rail plan represents a significant departure from previous approaches, Gradinger said; rather than simply tallying up individual projects, the rail plan now identifies markets and needs, along with services that could improve intercity travel.

“The bus study can be similar,” Gradinger said, likening it to the way transit systems are planned for metro areas.  “We need to be identifying the need for services and then supporting them. We have not thought about this at the interregional level as seriously as we should have. But now we’re starting to change that.” 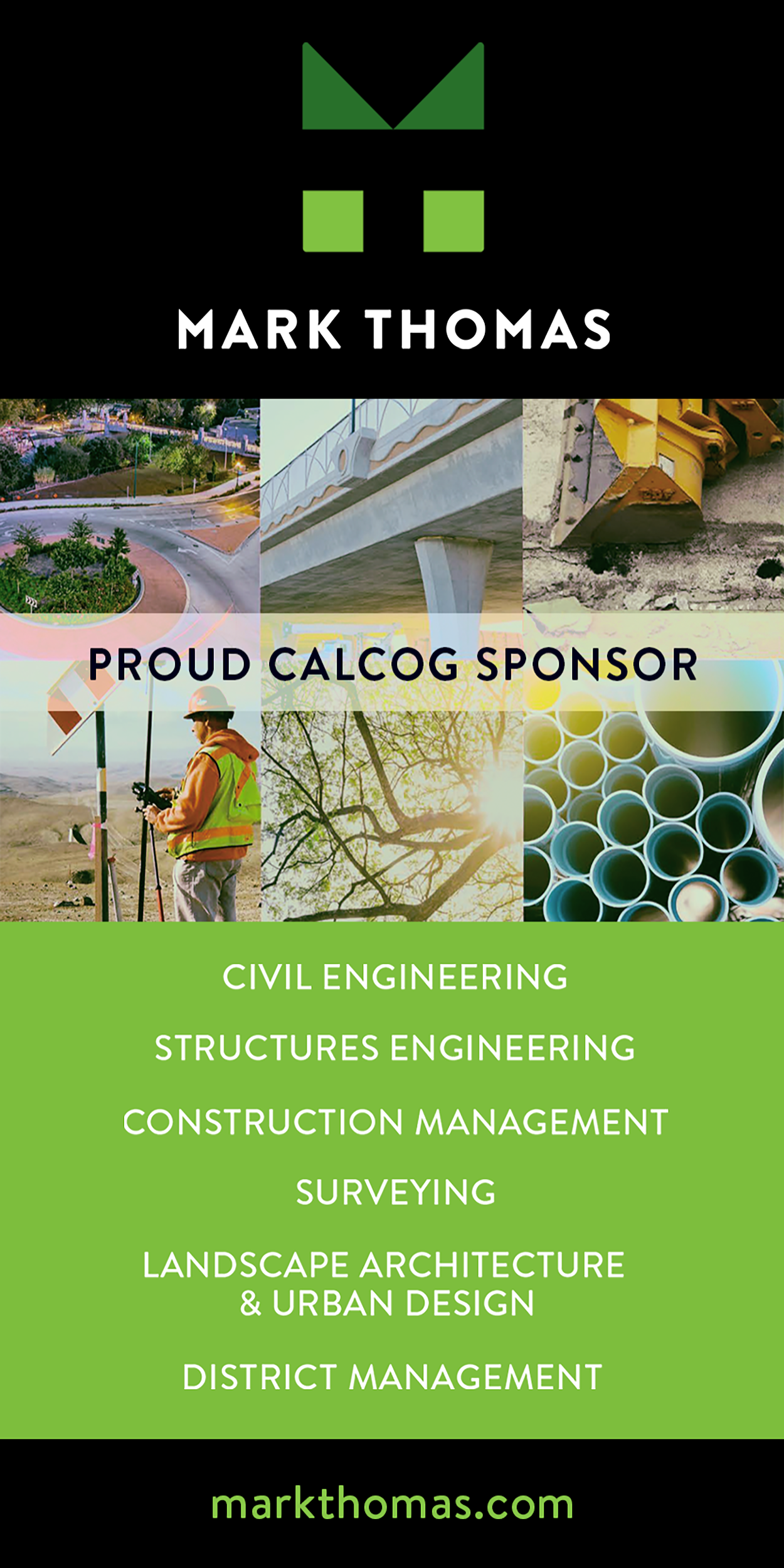