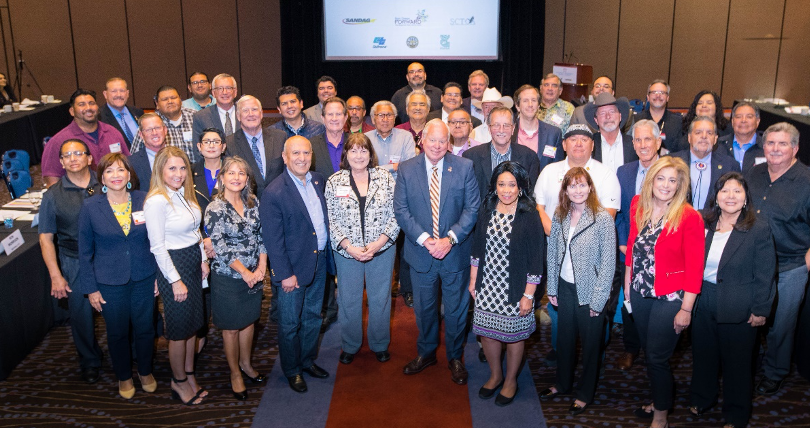 Over the last 15 years, SANDAG has worked with regional tribal nations to incorporate their views and needs into SANDAG’s planning and project selection program. In doing so, they have developed one of the outreach and public engagement models in the state for tribal inclusion. It has also resulted in planning elements and project selection that reflect tribal input and strengthened the transportation network within San Diego County.

Today, there are 17 federally-recognized tribal nations in San Diego County on 18 reservations—the most in any county in the United States. They represent four cultural/ethnic groups: the Kumeyaay/Diegueño, Luiseño, Cupeño, and Cahuilla.

Tribal governments are sovereign nations that may establish, among other things, their own form of government, laws, and court systems. Tribal nations are distinct, independent entities, and are not a mere aggregation of individuals or a racial group. They also provide services that extend beyond their tribal membership to communities in bordering jurisdictions, such as unincorporated San Diego County. 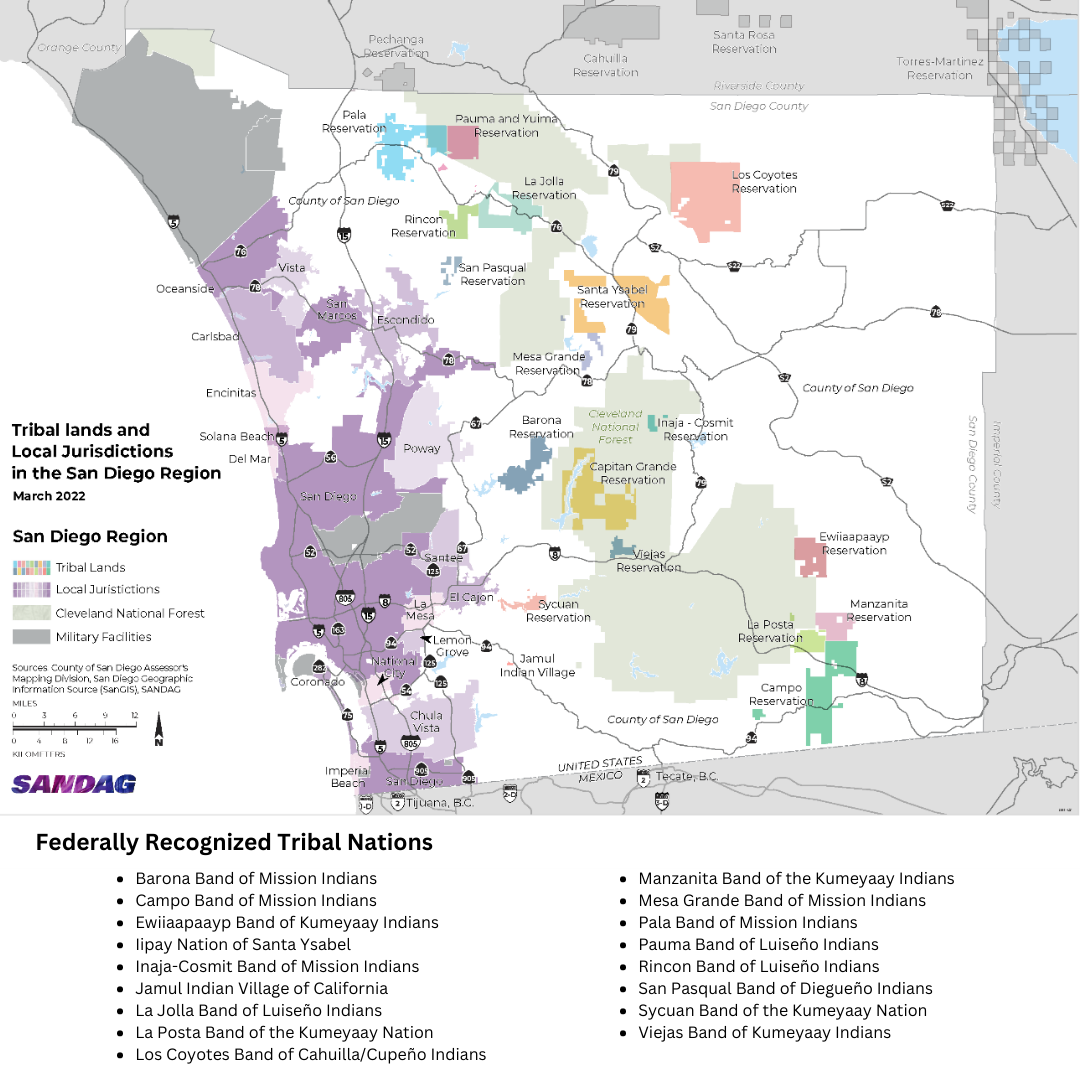 Developing A Forum for Cooperation

SANDAG worked with the 17 tribal nations to create a framework that incorporates tribal needs and perspectives into regional planning. It began back in 2007 when SANDAG signed a Memorandum of Understanding (MOU) incorporating the Southern California Tribal Chairmen’s Association (SCTCA) as an advisory member on the SANDAG Board of Directors. SCTCA is a consortium serving 25 federally recognized tribal nations. SCTCA also has a representative on SANDAG’s transportation, border, regional planning, and public safety policy committees.

The MOU is unique. It is a government—to—government framework between tribal governments and an MPO that assures meaningful engagement in complex regional planning and policy decisions. This type of arrangement is uncommon at the local or regional level as it has been most commonly applied the state and federal level.

A prime example of the effectiveness of the MOU arrangement is found within the development of the regional transportation plan (RTP). The reservations managed by the tribes are located in the rural, sparsely-populated eastern portion of the county. These areas lack funding to maintain existing roads and transit systems. Although this circumstance is not unique to San Diego County, the engagement of tribal governments provides greater understanding of the needs in terms of enhancing the economic, social, and cultural development within the tribal communities.

Central to this engagement is a joint Regional Tribal Summit convened by the two intergovernmental councils as part of the process to develop each RTP. See 2020 Summit Agenda. The summit provides a specific venue to discuss transportation needs. But there is also consideration for maintaining channels of open dialogue, building capacity to maintain cultural resources, participation in regional habitat conservation planning, and collaborating on ways to integrate tribal nations into the regional economy.

Thus, while the Summit is convened as part of the RTP development, it also provides a venue to discuss broader areas of potential collaboration.

In contrast to the Summit, the Tribal Transportation Working Group has been meeting more regularly since 2006. It provides an ongoing forum to improve coordination between the tribes, SANDAG, Caltrans, County, Metropolitan Transit System, and North County Transit District.

Generally, the Working Group reviews current activities and plans being implemented by SANDAG and its agency partners and provides input, highlighting issues of concern to ensure that the needs and issues of tribal governments are incorporated into the regional planning process. But the Working Group has also evolved to become a forum for tribes to elevate tribal priorities that are related to transportation, such as broadband access, energy & climate reliance, and housing.

The most recent deliverable is the Intraregional Tribal Transportation Strategy (with a comprehensive update published in March 2022), which includes an updated needs assessment, a project screening tool, and a list of early action projects. The ITTS assembled existing conditions information and new data, as well as regular conversations among tribal leadership, transportation agencies, and other stakeholders in the region to form a planning baseline. The plan then identifies needs and transportation improvements that support mobility, emergency evacuation, and safety to advance the transportation goals of tribal communities now and into the future.

SANDAG recently allocated $5 million to advance two tribal projects identified in the ITTS. The funds will be used to complete advanced planning and engineering work needed to take the projects from planning to implementation. Additionally, SANDAG is using a portion of its Regional Early Action Planning 2.0 (REAP 2.0) formula funds to provide technical assistance to tribes and to advance tribal housing projects. This technical assistance will be used to assist tribal governments in submitting a strong application for the competitive portion of the state’s REAP 2.0 program that is dedicated to rural and tribal communities.

SANDAG’s investment in advancing tribal projects in the region demonstrates the agency’s willingness to reach further beyond initial planning work to position tribal projects to be shovel-ready in the near-term.

SANDAG’s experience demonstrates the benefit of meaningful tribal involvement in regional planning. The SANDAG process offers tribal and local agency leaders the chance to engage in diplomatic dialogue, identify issues of mutual concern, and develop joint priorities. This importance was noted back at the beginning of the process when then Chairman Anthony R. Pico of the Viejas Band of Kumeyaay Indians noted that “as tribes create their economies and strengthen their governments, it becomes necessary that we develop government-to-government relationships with state, county and municipal jurisdictions and their representative associations.” (SANDAG Board of Directors meeting, June 2008).