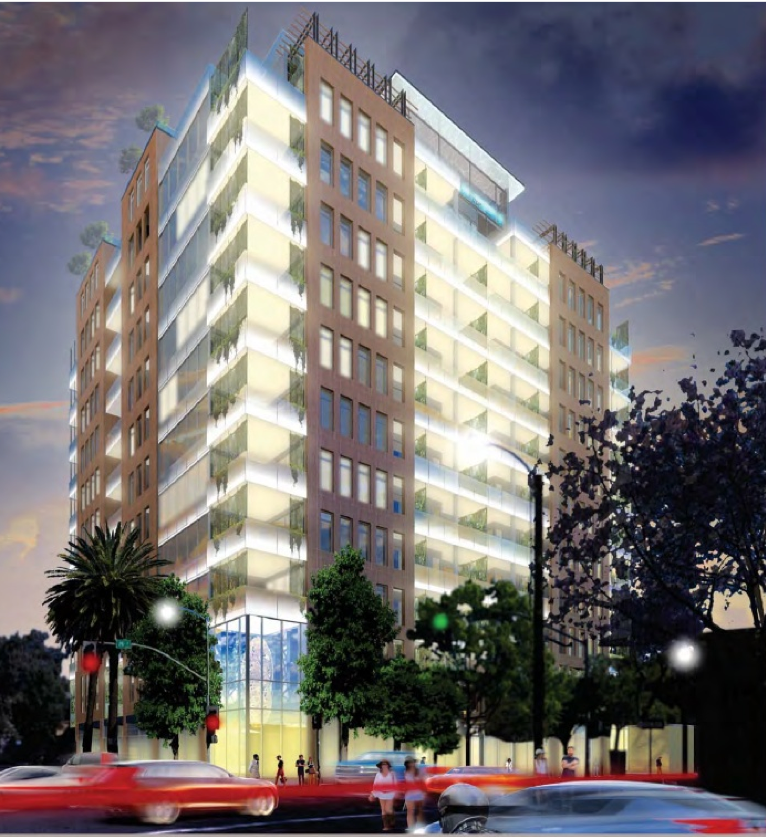 A recent court of appeal case, Sacramentans for Fair Planning v. City of Sacramento, (No. C086182, July 19, 2019) is good news. The case sets positive precedent for housing and SB 375 CEQA steamlining. The decision upheld the use of City Sacramento’s innovative general plan policy that was used to approve a signficant infill project on in a key transit corridor. For MPOs, it also upheld the use of a Sustainable Community Environmental Assessment (one of the CEQA streamlining measures included in SB 375).  SACOG worked particularly hard to design its RTP/SCS and the accompanying EIR in a way that would allow its member cities to take advantage of the CEQA streamlining provisions that were part of SB 375.  The court’s opinion confirms the wisdom of that strategy.

This case involves a half acre parcel in Sacramento’s “happening” midtown area about a mile from the state capitol. Current zoning allows a Floor Area Ratio of 3.0 and a maximum height of 65 feet. But the city also had an overarching general plan policy that allows development to exceed these limits if the project provides a “significant public benefit.” Applying this policy, the city approved a 15 story, 175-foot-tall project with 134 units and a FAR of 9.2. The city concluded that the the project’s benefits–including increased density, contribution toward the city’s 10,000 unit goal, and the reduced car dependency–made it possible to approve the project.

The court upheld the city’s approval as consistent with the city’s general plan policy, relying on well-settled authority of cities to interpret their own general plan policies.  In addition, the court determined that term “significant public benefits” definite enough to survive a challenge that the term was unconstitutionally vague.

Also at issue was whether the city could use the CEQA streamlining provision included in SB 375—the Sustainable Communities Environmental Assessment (SCEA).  Reminder: the SCEA is available when a project is located in a transit priority area, is consistent with the region’s SCS, and if feasible mitigation measures are incorporated. Using an SCEA means the EIR does not have to analyze growth inducing impacts, project-specific cumulative impacts on global warming or trips, off-site alternatives, or alternatives to would reduce density.

The court started its analysis by recapping how SACOG developed the regional strategy so that it’s member agencies could determine whether a proposed project was consistent with its emission reduction policies.  Here, SACOG developed a detailed growth forecast for each community, mapped the transit network, and then created different five community types based on that data.  Each community type was assigned an array of land uses. The more intensive land uses were assigned to those geographic areas with the most reliable transit options were located because transit is most efficient where there are higher densities.

The court stated it this way: “Using the growth projections, and taking into consideration reasonably foreseeable patterns of growth, SACOG assigned a specific number of housing units and jobs to each land use type within all 28 member jurisdictions. These land use allocations, when viewed in tandem with the plan’s community type map, identify the appropriate densities and intensities of development, consistent with the SCS requirements.”

Opponents to the project argued that the intensities within the region were not described specifically enough to enable a project’s significant effects to be mitigated, and thus it could not form the basis for justifying streamlined CEQA review.  But the court found that SB 375 did not require parcel specific detail. SACOG’s forecast of the general location of uses, residential densities, and building intensities in the RTP was sufficient.

Opponents were also concerned that the SCEA was being used to thwart environmental review that was necessary for the project.  But in strong words, the court said that was a complaint to take to the Legislature.  The provision was specifically included in SB 375 to “encourage[] developers to submit applications and local governments to make land use decisions that will help the state achieve its climate goals . . . If [the Legislature] chose to exempt certain types of development from full environmental review based . . . we are not at liberty to question their wisdom”.

Finally, the opponents also worried that the project may change neighborhood over time. The court found that this concern went to the project’s growth-inducing impacts, which SB 375 exempted from the SCEA review.  The court went on to note that this argument was contrary to SACOG’s regional EIR that reviewed the cumulative effects of building 300,000 new housing units in SACOG’s six-county area, including 27,000 new residential units in the central city, not just 134 units.