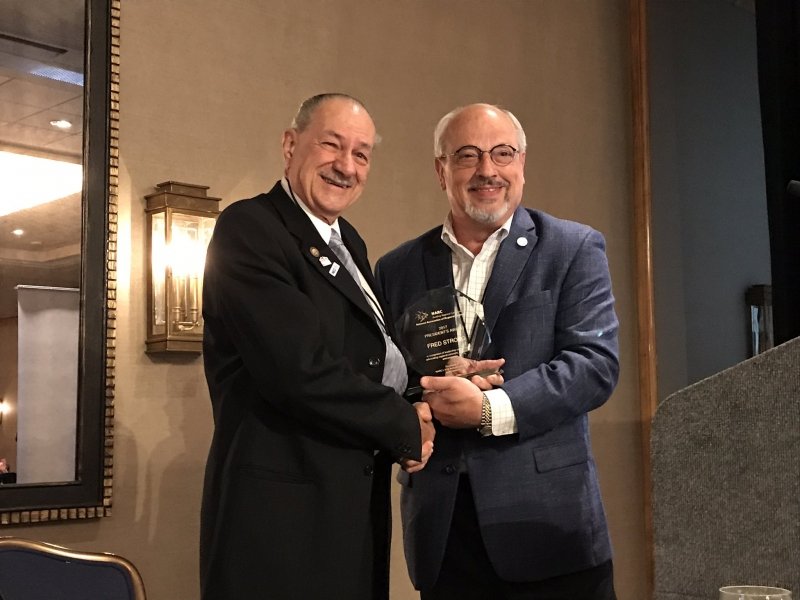 City of Paso Robles Council Member Fred Strong won the President’s Award for his 20 years of regional service.  In addition to the San Luis Obispo Council of Governments, he also currently serves on the Los Angeles-San Diego-San Luis Obispo Rail Corridor Agency (LOSSAN), CALCOG, League of California Cities, and NARC. And he has maintained a perfect attendance record. Fred Strong advocates tirelessly for his community and for sustainable transportation development throughout San Luis Obispo County.

Stanislaus Supervisor Vito Chiesa won the Tom Bradley Leadership Award. Under Chairman Chiesa’s leadership, the Stanislaus Council of Governments (STANCOG) successfully developed ballot Measure L for a transportation sales tax. The measure achieved the highest vote margin (over 70%) for a local transportation measure since 1989–all in a region where such a result might not be expected.  Chiesa championed a public drive expenditure plan that gave voters the confidence to support the measure.  (The expenditure plan even identified the streets to be repaved).  As a result, the voters approved nearly a billion-dollar expenditure plan for road, transit, bike and pedestrian, and accessibility projects throughout the county.