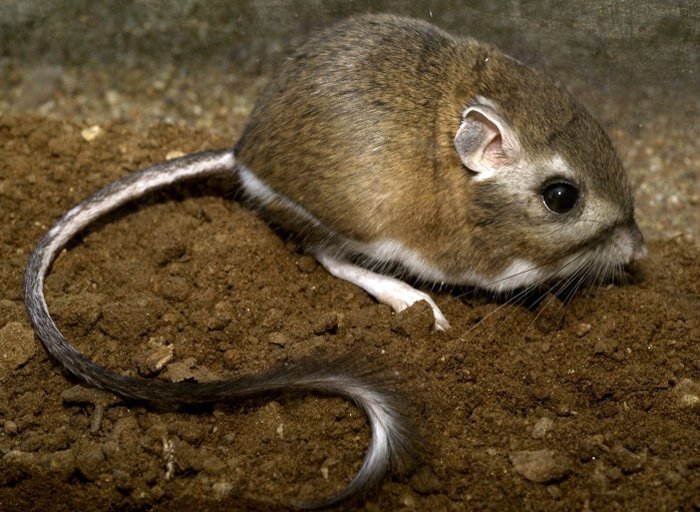 The Stephens' kangaroo rat (Dipodomys stephensi; or SKR) is a nocturnal rodent that is unique to southwestern California. The species was listed as federally endangered in 1988 after half of the habitat it historically occupied was lost to residential, commercial, and agricultural development. While kangaroo rat populations have dwindled over the years, the species remains in portions of western Riverside County and parts of northern and central San Diego County.

In addition to being a stand-alone council of governments, WRCOG also provides management oversight for the Riverside County Habitat Conservation Agency (RCHCA), an 11-jurisdiction JPA formed in 1990 for the purpose of planning, acquiring, and managing habitat for the federally endangered Stephens’ Kangaroo Rat and other endangered, threatened and candidate species.

How did WRCOG come to manage the RCHCA?

After the retirement of its executive director in 2015, the elected officials representing RCHCA requested WRCOG to provide management support and oversight to RCHCA. The effort was undertaken to achieve cost efficiencies by having existing WRCOG staff assume and provide executive management and administrative staff support to the RCHCA.  After two years, elected officials from both agencies agreed that the expected cost savings had been realized, and in 2018 the Riverside County Habitat Conservation Agency (RCHCA) was fully merged under the umbrella of the Western Riverside Council of Governments (WRCOG).

Under WRCOG, the RCHCA manages over 40,000 acres of land devoted to habitat conservation, which is specially preserved and monitored to encourage the recovery of the Stephen’s Kangaroo Rat (sometimes by the much more hip abbreviation: SKR). Land management activities include weed abatement and land restoration, invasive species eradication, species monitoring, and data collection.  RCHCA implements innovative methods to track their success in preserving and restoring SKR habitat.  For example, through its Aerial Vegetation Mapping Project, RCHCA utilizes multi-spectral (color) sensors mounted on drones to detect species at up to 1,000 acres every hour. This expedites the management of invasive species that could post a threat to SKR.  It also allows faster, cost-effective land surveying, which was formerly an extremely time and cost-intensive process.

In addition to habitat conservation and land management, RCHCA provides educational opportunities for the public to not only learn about the endangered SKR but also to how to incorporate an active lifestyle outdoors at RCHCA reserves that are open to the public. RCHCA hosts more than 1,000 elementary school students every year for an educational field trip on endangered species, fostering an appreciation for the outdoors and equipping young leaders for environmental stewardship. Additionally, RCHCA is working to increase public access to its conservation areas to simultaneously preserve habitat for SKR while promoting outdoor recreation for visitors.

What are the results?

RCHCA’s efforts to preserve and restore SKR habitat have succeeded to the point that staff is now working with state and national leaders to “downlist” the SKR from “endangered” to “threatened”. This new classification would be an affirmation of the successful land management and habitat preservation efforts of RCHCA in concert with the goals and objectives of the federal endangered species act; in sum, a formal acknowledgement that the plan is working.

Want to learn more about the RCHCA?